Deep listening
No silencing
All shapes and colours
Triggering change 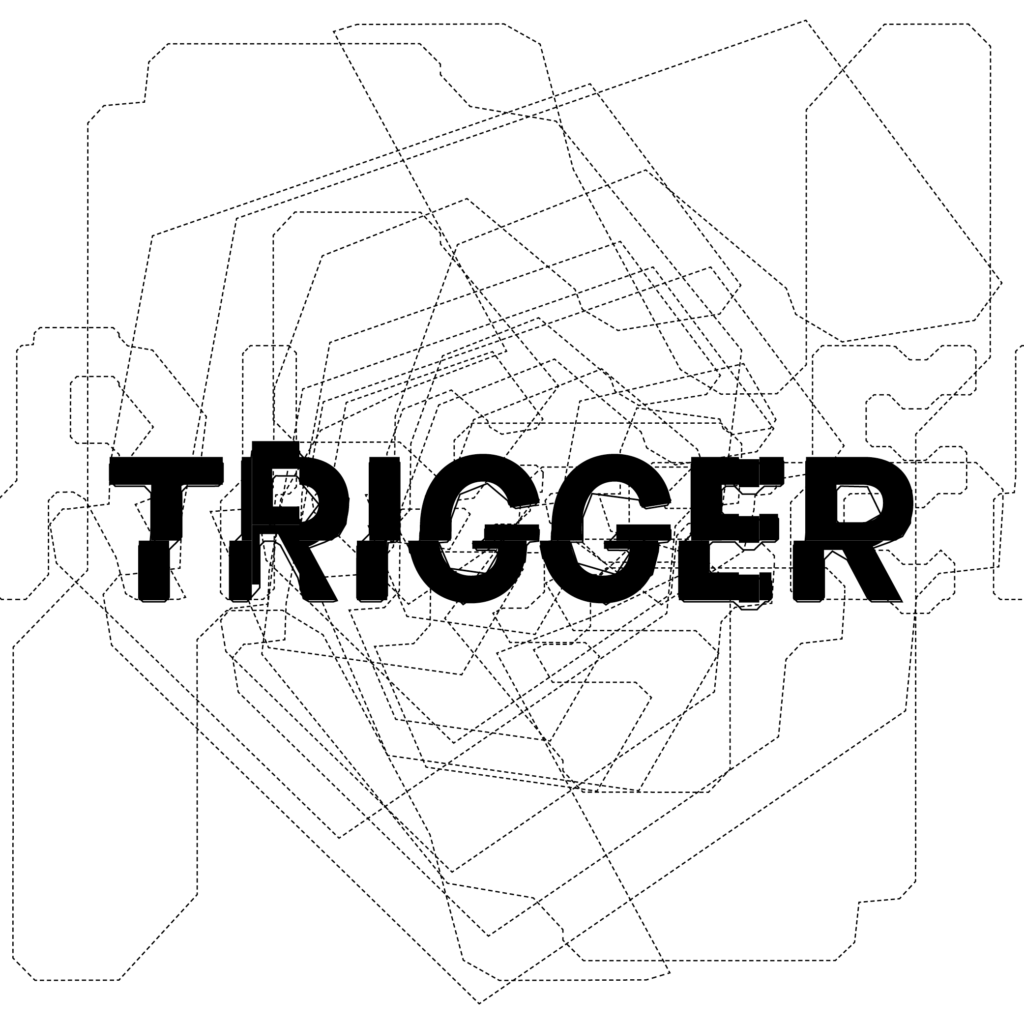 Trigger collective presenting new unreleased compositions – some made especially for this show  – with a guest feature from Ukraine – but also few new tracks by women, nonbinary and trans musicians, producers and sound artists from around the world. The premiere of the show airs every 3rd Thursday of the month from 5 pm CET on Radio Punctum radiopunctum.cz.

Listen to the March episode.

New composition by one of the members of the Trigger audio-visual artist rlung featuring field recording from Japan and sounds from modular system and some VSTs.

New composition by another member of Trigger explores melodic patterns, rhythm and space – composed and performed on a modular synthesizer.

Olesia aka NFNR is a musician and organizer based in Ukraine, she is also the co-founder of a music collective Women’s Sound. When visiting Prague in November 2019 she played a concert in Cross Club together (with Noisynth, another member of the collective) and she also lead a workshop at the Synth Library. As a featured guest she has sent us two of her new compositions with a commentary.

Eve is a composition from beginning of 2021, and recently was represented at `Women in Experimental`  festival that was held online and organized by Musica Dispersa and IKLECTIK (UK)–  big 8h multinational festival, where 18 musicians represented their electronics generative, avantgarde, electroacoustic, vocals, some DJ sets as well crazy  and rich in sound timbres experiments with metal tubes…. The name of the track and its symbols fluctuate between female name Eve and eve as `the day before occasion` anyhow symbolizing the new start and new life.

Fragment of `Autopoiesis`– an experimental performative movie in a fantasy genre. `Autopoiesis` is the story of a Shaman who appears in an empty city. He came to listen to the stories of nature, locked in the cage of the human world: asphalt, concrete, tiles, roads, houses. Director Matilda Marina thought about the fractal geometry of nature and the mathematical geometry of the human world; about how we make everything around us prisoners, subjugating the living and forgetting at the same time how interconnected we are.The film is still work in progress, though part of it as audio-visual installation was represented at The Palace Collective residency in Poznan autumn 2020.

The film was created with incredible dancer Alvin Collantes, who was a muse for all of the team and with Patrycja Pipa Piwosz, a contemporary artist from Poland, who presented her wearable installations and costumes in Autopoiesis. For this version of the film, a 16-minute composition was composed by NFNR, which is written about the extended experience of the Shaman in the forest. “Every day we pass among the living nature, which serves as a decoration for us, and often carried away by our own affairs, we run somewhere without thinking about them. Plants, like living cameras, watch us, see pain, see evil, feel all our passions and fears. The Shaman listens to them, absorbs everything and sympathizes with their captivity.”

NFNR also created an artistic documentation of the Nádraží Bubny area in Prague, which is about to be destroyed . The compositions are created by Ukrainian composers unwavemenot & NFNR out of field recordings collected around the Bubny railway station by local inhabitants.

Identity work in progress, – and artist we would like to introduce to you –  randomly grown seed, which likes to seek and look in different kind of communication mechanisms, ways, possibilities with the place, plants, animals, objects, human… Talkative wordless. Looking for old in new. Desilution of time. Layers in between. End of quote.

Antye Greie Ripatti aka poemproducer aka AGF is a musician, vocalist, producer, new media artist, lecturer, activist and supporter AGF is very well known for her politically engaged conceptual sound work. This times she is releasing a collection of 36 tracks called arachnesound. Collaborative effort of her and many Greek women writers, producers and sound artists. As AGF further explains – arachnesound is feminist sonic technology. It stands for the principles of women-weaving-futures, network building, sonic cyber feminist attempts to retell historical narratives. On the album you can hear many techniques in use – field recordings, electro-acoustic music, digital procession and many voices. arachnesound is a creative counter-archive of resurrected names and of works by contemporary Greek women poets, or whose words are interpreted poetically.

Polish Unsound festival is dedicated to exploring new electronic music and engaging in exploring various social issues. As many other festivals it ended up taking place online. Recently the festival released a compilation called Intermission of 15 commissioned tracks responding to the pandemic year through music. And sound. Amongst the artists are also Moor Mother, Mala Herba, 33EMYBW or a collaboration of Chicago producer Jlin with late Sophie.

The compilation was released together with a book – reflecting on the topic of the last festival. It includes critical text, memoir or poetry exploring topics of mental health, conspiracy theory, racism, sound or LGBTQ+ rights, identity or precarious state of the music industry. We recommend reading one of the texts on mental health by Agaty Pyzik.

One of the artists that helped us setting up Synth Library Prague before the opening was Sofia aka Coast2c Mexican DJ and sound artist based in Portland Oregon.  Recently she released her debut EP produced through out 2019 and 2020 exploring synthesis and different sources of sounds inspired by the curiosity to experiment with modulation and recording in different forms. Coast2C says it is an archive of her learning process on how to record with hardware and analog gear.

Don’t forget to support artists on Bandcamp Fridays – first Friday of the month.


We are looking forward and setting the tempo for t

Join the polyphony.
Next week we are opened on Mo

Hurray! We will be allowed to open again next Mond

Trigger is ON AIR again. Tune in to the next episo

Today is the International day of women and girls

Drowning a bit, closed but still trying to work on